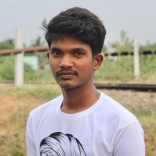 So this is a comeback blog after a long time. Thanks for being in touch. So developers or students, everyone might have come across something called the MEAN Stack or the MERN Stack. What is actually this? Different programming language or framework?. I am going to address MEAN Stack in this post. So let’s dive in.

What is MEAN Stack?

MEAN is nothing complicated. It’s is just a list of languages and frameworks that a developer what’s to use in his projects. It’s will be much clearer if we expand it

About the MEAN STACK :

You might have come across the terms big data for quite a while these days. It’s a large storage database where you can save your data and manage them much faster than other databases.

You might have heard about Angular a lot. If not don’t worries we will explain it. Angular is basically a Javascript front framework which is used to build more interactive websites much easier and also with some great presentation.

Angular is actually built and maintaines by Google. Yes, Google uses angular in a lot of there pages or sites for the frontend application. Like other frameworks, Angular is also easy to learn and also to develop an interactive website with that. The javascript framework came up with a term called SPA(Single Page Application).

They will have only one file the index.html and all the other static pages like the about or contact pages will be also rendered in that. I know it feels different to get it. But soon I will make a seperate post on it.

Yes, you might have probably noticed that I have skipped ”E”. That is because it’s is important to explain NodeJs before diving into Express.

NodeJs Or Node is a Javascript runtime. Javascript is actually built for frontend use only. It is used to manipulate the DOM elements and provide you with a great experience. But some developer found the way to use Javascript to use for tha backend too. And that is called the NodeJs programming language. This is built on top of Google Chrome’s V8 engine which converts the Javascript code to machine code which finally resulted to use Javascript for the backend.

Previouly developers whats to use Javascript separate and a separate language for the backend. So it’s like learning multiple languages. But with the help Node, all ended up with the same Javascript for both backend and the frontend.

Now you know about Node. And express is nothing but a nodejs framework. Generally, a framework is built to make the development process much easier and faster. In the same way express is a third party framework which helps you to built NodeJs application faster and easier.

You might have wondered how all the frontend and backend application communicate and serve as and web app.

So basically in MEAN. Angular handles the complete DOM part that a client sees in the browser. There is nor backend visuals at this place. The only thing here is Angular. But lets like login and other Authentication and contact form handling, for all these Angular, just takes care of the visual part and it’s also communicating with a server which has the node application installed using Requests and Responses. To make its much clearer it’s is like using API to communicate with each other.

Nodejs will get the data from angular frontend and verifies it or manipulate it or process it with the database and return the results to angular ad response. Based on the response angular shows the output in the frontend.

You may feel like everything here is automatically done. But that is totally wrong. Every one teaches in the same way too. So it is very very important to know that if you are building a MEAN Stack application you have to write all the scripts for sending requests. Handling response and also the UI manipulation with Angular. So it is very important to learn everything in this stack to become a developer with this stack.

Finally, The most important topic of this post. Jobs. If you are really good with MEAN Stack then you are more valued everywhere. Coz, Many bigger companies are moving towards NodeJs and Angular is also used in a lot of places. Recently Twitter has updated their website built with NodeJs.

So Jobs are more available in this market for MEAN Stack but as I always say learn in the way the you work with documentation not with course videos.

Happy Coding Guys. If you have any questions you can comment here. Also, our developer forum is also available where you can raise questions anything about programming. Our team will respond ASAP. Thanks for your time.